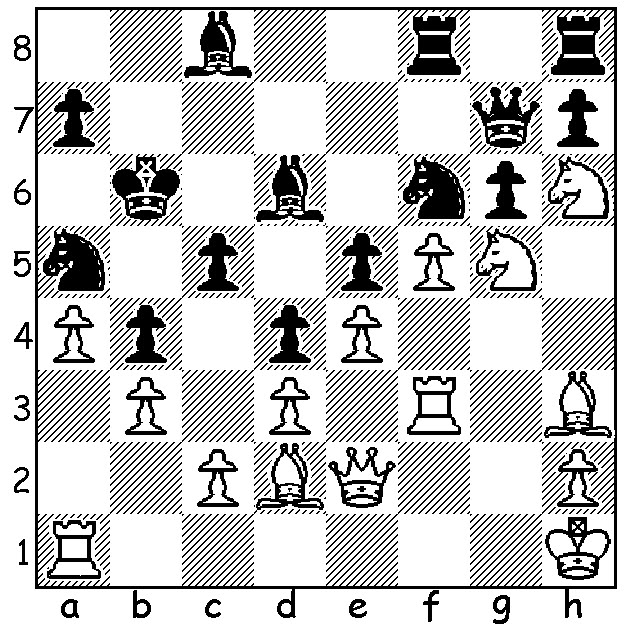 White correctly assessed that the ‘threat’ is illusory and played 26. Raf1, bringing the last piece into play but rejecting the stronger Ne6.

The game continued 27. Bxf5, persistently leaving the knight en prise.   But taking with the knight would have been stronger.