In the European Team Chess Championships in Warsaw, England are faring reasonably well in the Open section after an unexpected loss in Round 2 to Greece.   In Round 3 they drew with the top-seeded Russian team and then beat Montenegro in Round 4.   They now lie in equal 10th position (14th on tie-break), with five match points (two wins, one draw and one loss).

Star of the show so far has been Gawain Jones, with three wins and a draw.   Today they face Germany in Round 5.   You can view live games here from 14.00.

The women have had a disastrous start, losing all four matches 4 – 0.   Suffolk’s Dagne Ciuksyte didn’t play in the first three matches (was she late arriving?), but in Round 4, playing on Board 1, she had a commanding position (+8.51 on Houdini), but threw it all away with a succession of weak moves.   This was the position, with Dagne (Black) to play: 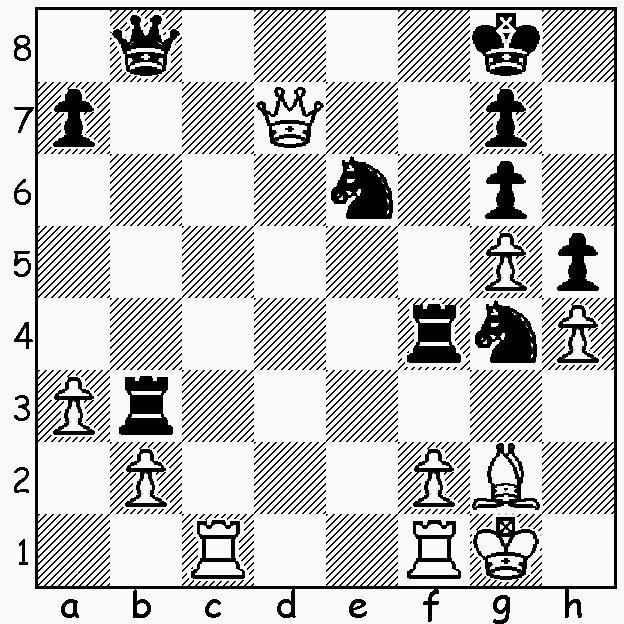 A piece up, with mating threats on h2, Dagne needed to play either 28… Rf8 or the subtle … Rc4.   Both moves threaten mate.   But Dagne was concerned for her e6 knight and played …Nf8?!.   After her opponent played the natural 29. Rc8, Dagne replied … Qb5? instead of … Qb6 and suddenly the evaluation is level.   Further errors led to her eventual resignation at move 37.