With all eyes riveted to the TV set, and Europe leading USA by 10 points to 6, the name ‘Ryder’ is on everyone’s lips.   The golfing name refers to the English businessman Samuel Ryder, who donated the trophy in 1927.   But we chess-players are more accustomed to the name as the Ryder Gambit, a sideline of the Blackmar-Diemer Gambit.   The Ryder Gambit, named after a Dr Ryder of Leipzig who played it regularly in the 1890s, is something of a one-trick pony; if Black accepts the second pawn he can get himself in trouble. 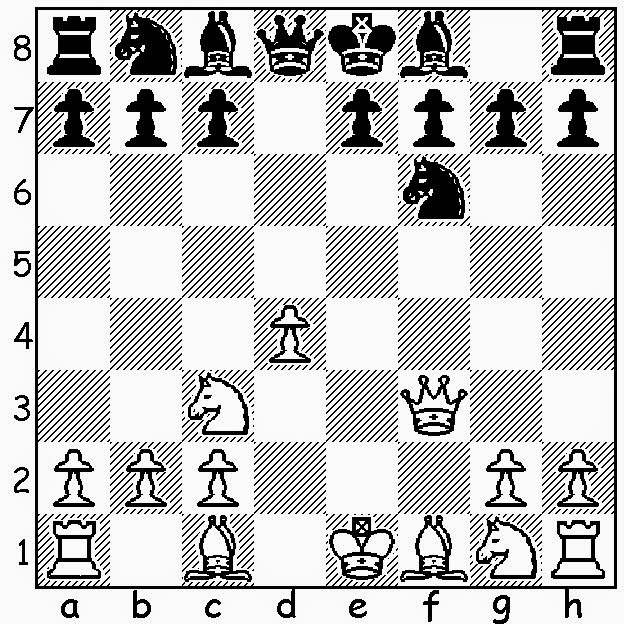 The aim is to develop quickly, although the White Queen is depriving the g1 Knight of its most natural square.   The d-pawn is en prise, and this is where the gambit can prove lethal should Black accept the pawn.

The game may continue: 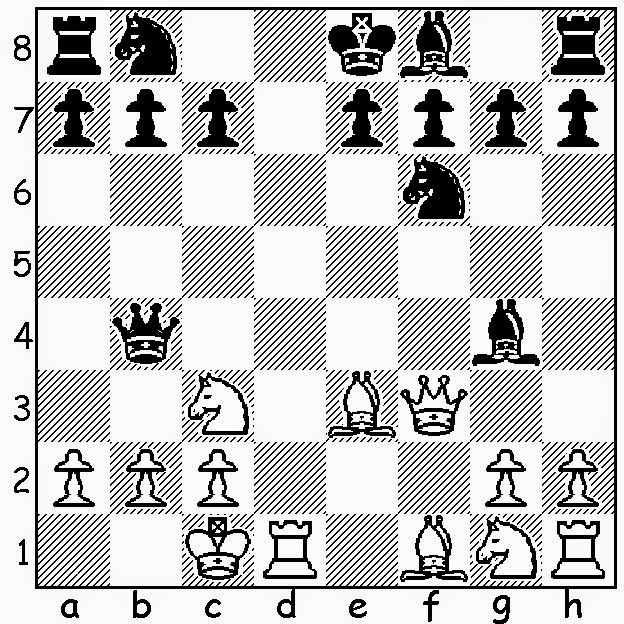 Now White plays 8. Nb5!!, threatening mate in one.   Not only that, but the move shields b7 from its defender.   It was Emil Josef Diemer who first played this move in 1934.

Going back to the position after 6. Be3, Black is best advised to play … Qg4, when White usually responds with 7. Qf2.   The game remains double-edged, with Black’s Queen exposed to various attacks.

Try it sometime (probably not in a league match!) and see how it goes.