The position below is from Tom Villiers v Ian Wallis, Southend 2015, with White to play. 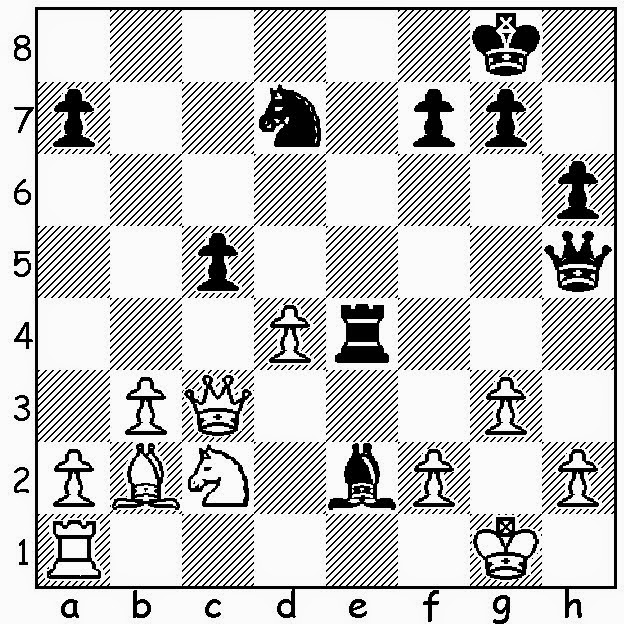 Black has sacrificed a pawn and has swapped off White’s fianchetto (light-squared) bishop, so has hopes of a mating attack.

With accurate defence White can probably defend.   However he decided to make a few threats himself and opened the long diagonal, attacking g7 with 20. dxc5?

This was his last mistake, as Black forces resignation in two moves.

Can you find the moves that Ian played?   The answer is several lines down the page…