The UK Schools Chess Challenge, sponsored by Delancey, the specialist real estate investment and advisory company, celebrated its 20th year in 2015.   From its start in 1996, when 23,000 children from 700 schools and clubs entered, Mike Basman’s dream of organising the largest chess tournament in the world has come to fruition.   By 2006 numbers had increased to 74,000.   Since then, the total entering has declined a little, but still attracts more than 50,000 children from around the UK.

A dozen Suffolk schools entered, as well as the Bury Knights Junior Chess Club.   Local rounds are followed by a regional round (the ‘Megafinal‘), held at Woodbridge School for Suffolk entrants.   Top scorers are then invited to the ‘Gigafinal‘, which for Suffolk players is held in Manchester (a second Gigafinal is held in Reading for southern counties).

Just 67 qualifiers from the two Gigafinals then qualified for the ‘Terafinal‘.   Whilst all the three previous rounds are based on age and sex, for example Under 8 Boys, Under 12 Girls, the Terafinal mixes all the Gigafinal winners in one section.   The only school or club to have two qualifiers in the Terafinal was the Bury Knights!   At the Northern Gigafinal, Adam John won all six games in the u9B and Anita Somton scored 5½ points in the u11G. &nbsp They are pictured below:

At the Terafinal, both Adam and Anita won their first games.   9-year old Adam, graded 93 ECF, faced 157-graded Peter Isaksen from Berkshire, who is three years older.   In trouble early on, Adam mixed things up and forced Peter into a number of long thinks.   In time trouble, Adam’s opponent made a number of poor moves. 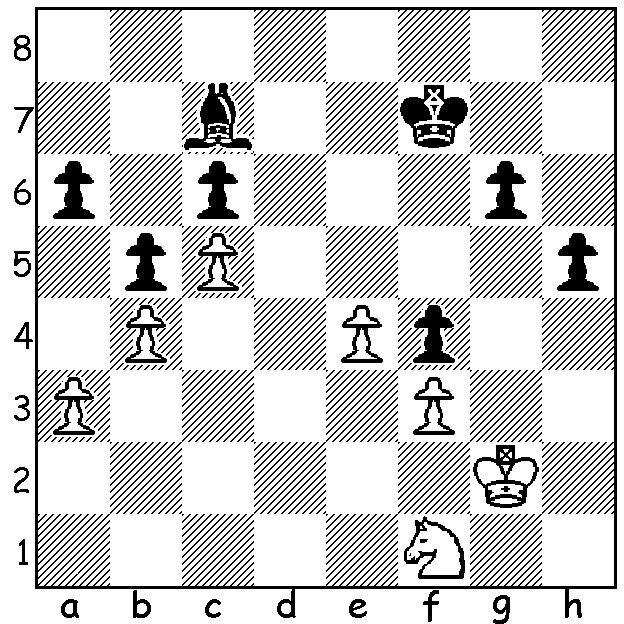 These were excellent results for both Adam and Anita, with a 103 performance for Adam and 141 for Anita.