Suffolk’s Ian Wallis, facing 210-graded David Graham in the final round of the recent Bury St Edmunds Congress, found himself (White, to play) in the following position.   Can you see what Ian should have played (but didn’t)? 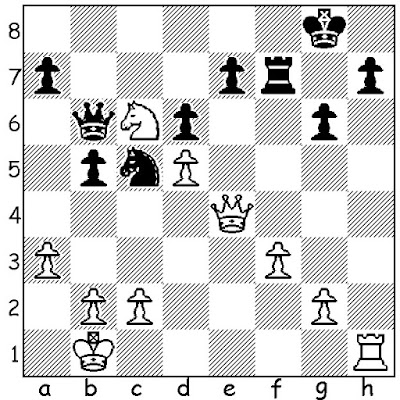 Ian comments:   “Coming at the end of a very tough but enjoyable congress this was an opportunity missed.   I would like to think if this occurred in the first round I would have found the continuation!   I played 32. Qh4, retaining an advantage but eventually letting Black off with a perpetual check.

Thanks for this Ian – more games and positions are always welcome.