Emilia Jewell, just 15, is the new Suffolk Ladies’ Champion, having been unbeaten throughout her six matches.   Five of the entrants were juniors, with the youngest, Anita Somton, only eight years old at the start of the tournament.   The final match saw Anita beat Adele Lunn, thus depriving Adele of a share of the title.   This is the final table:

The highest-graded player in the seven-player event, Emilia won four games and drew two (against Adele and Anita).   One important win was against former Suffolk Ladies’ Champion Vicky Allen.   This was the position at move 31 with Vicky (Black) to move: 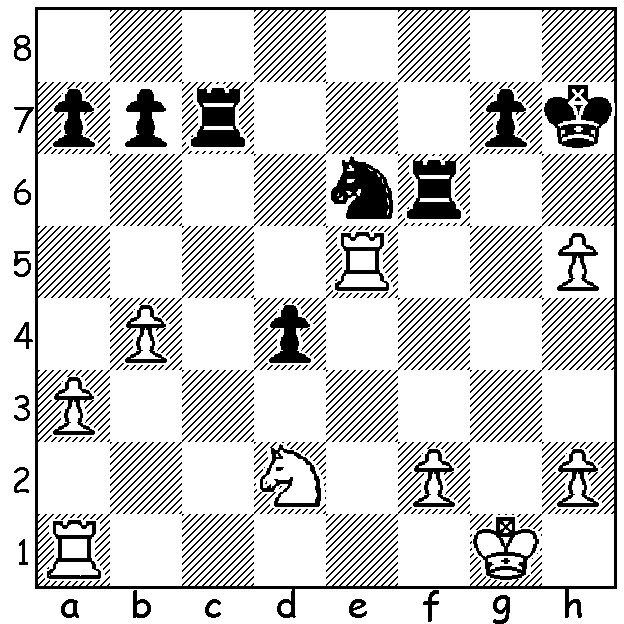 One thought on “15-year old wins the Suffolk Ladies’ Championship”