There was a major upset in the first round, when after an extraordinary series of exchanges, Nick Savage (Black) reached this position against Alan Merry: 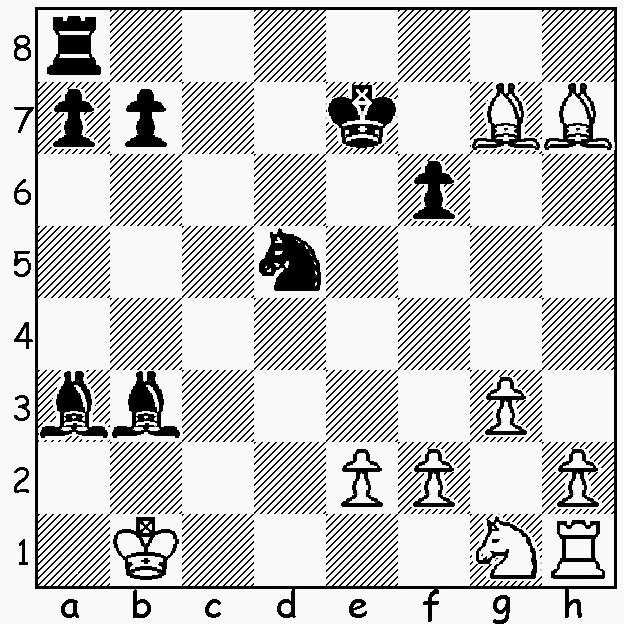 Unfortunately, this was the highlight of Nick’s weekend, as he only managed a further half-point from his remaining four games. Ed Player started well, with 2½/3 at close of play on Saturday.   But he faced GM Keith Arkell on Sunday morning, with the expected result.   His final round was against London-based WIM Sue Maroroa (ECF 200).   Ed should have drawn this game, but played the wrong move in the endgame. In this position he played 54. Kd3 instead of c4, and quickly lost.

The £500 first prize was won outright with 4½ points by FM David Eggleston, ahead of two GMs on 4 points. 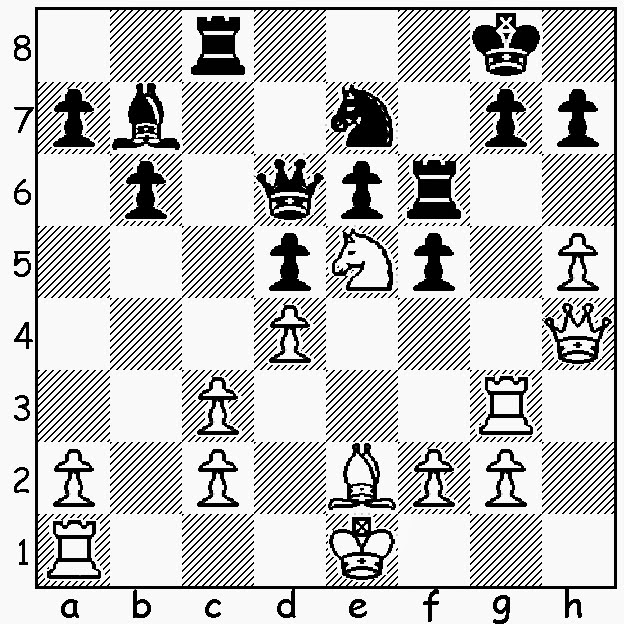 The only Suffolk player in the Under 2000 section was 9-year old Anita Somton, gaining some useful high-level experience prior to her imminent triip to Montenegro to represent England in the European Youth Championships (more on this tomorrow).

After taking a half-point bye on Friday night, she lost two, drew one and won one, to finish on a creditable 2 points.   Her win featured a strange blunder by her 144-graded opponent.   In this position he played 19… h6, clearly fearing that Anita was about to play h6 herself.   Of course, Anita played 20. Qxf6, forcing immediate resignation.

One thought on “Suffolk players at Bedford”