After two rounds in the World Youth Championships in Durban (see yesterday’s article), Adam Taylor was one of only two English players with a 100% score.

In the first round Adam (2023) beat an unrated player from Burundi and in Round 2 beat a 2256-rated player from France.   With 17 players on 2/2 and Adam the lowest-rated player, it was surprising that he received the downward float to play the highest-rated player on 1½ points; this was the third seed, from India, an IM rated 2462.   That seems a strange pairing to me; I would’ve floated down the median from the black-seekers. 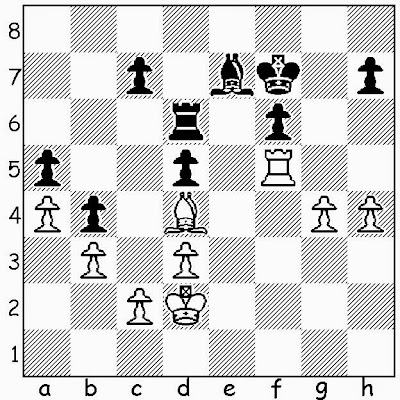 Stockfish gives 38… Ke6 as the best move for Black, followed by 39. Rh5   Rd8, when Black may well be able to hold out for a draw.   Still, a very creditable performance by Adam.

At the time of writing, the pairings for Monday’s Round 4 have not been made.   But Adam can certainly expect another tough opponent.   At least he should have the white pieces this time!

One thought on “Adam’s dream start”