Just after Christmas, 10-year old Anita Somton played in the Under 12 Major section of the London Junior Chess Championships.   This event always attracts many of the strongest players in the country and amongst the 72 entrants were over 40 junior internationals, and even included one WCM from India

Anita had a steady start, but finished with a flourish, beating the top seed (159 ECF) with Black in the final round.   She finished in joint second place on seven points out of nine, losing only one game.   She won £90 as well as a trophy for the best performance by a girl.

Her tournament performance was just short of 150.   When the January grades are published, her grade is expected to increase to 142.   It’s worth comparing her grade to that of Nick Pert, the first Suffolk player to attain Grandmaster status.   At the same age, Nick was graded 160.

Anita will be able to play in the same section next year!

This was the position after White’s 39th move in her final game against Adithya Munshi: 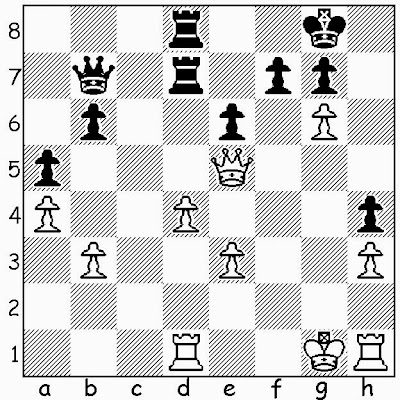