This was the position in Round 6 of the 4NCL last Sunday between John Peters (White) and Chris Rawlinson, after Black’s 65th move: 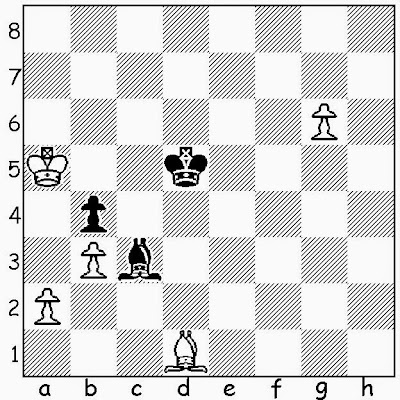 John has a difficult decision to make.   Should he retain the linked pawns on the a and b files by playing 66. g7, or to play 66. Ka4 and exchange his a-pawn, thus leaving two separated pawns on the b and g files?

Endings with opposite coloured bishops are notoriously tricky, and can often end up drawn, even when one player has extra pawns.   The danger that John recognised was that Black’s bishop may be able to block the progress of the linked pawns, for example: 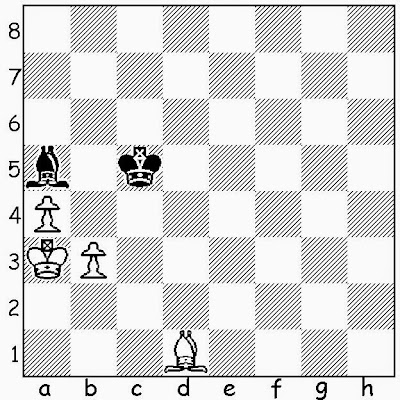 So John correctly played 66. Ka4, soon ending up with passed pawns on b6 and g6.   The Black king and bishop were unable to cope with the twin promotion threats.