In Round 2 of the Graz International tournament, Adam Taylor faced GM Monika Socko (2452). This was a mammoth struggle, where after 80 moves Adam was a pawn down in a rook ending (see diagram).   But Adam missed his chance to draw against the Grandmaster. 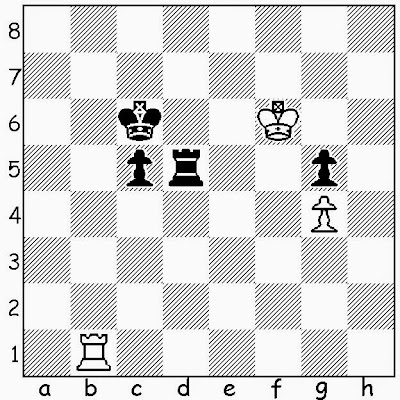 After four rounds, Monika was joint leader on four points, but lost in the fifth round.   Adam, doubtless exhausted and probably deflated after that struggle, went on to lose to a lower-rated opponent in Round 3 and only drew in Round 4 with another lower-rated player.

Needing another 22 rating points for his FIDE Master title, Adam (on 2½/5) now faces an uphill battle, having lost 45 points after five rounds.   He has four more rounds to claw back the deficit.   Today he faces yet another opponent rated more than 200 points below him, where even a win will gain him only nine points.

One thought on “Adam’s in Graz”