The Pokerstars tournament in the Isle of Man is well under way (see earlier report), with today’s fourth round pitching two Suffolk 18-year olds against each other.   Both Alan Merry and Justin Tan were on two points out of three.   Alan had the White pieces and after 26 moves had secured a strong positional advantage: 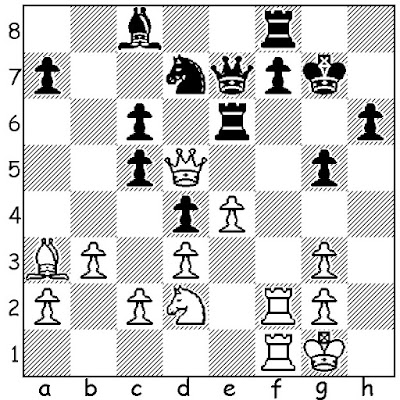 The game ended with Alan having a queen and three pawns against Justin’s queen.   You can view the game on the ChessBomb site.

Alan has a dream draw tomorrow in Round 5 when he will play Black against tournament favourite and top seed Michael Adams.   The game starts at 13.30.

Ed Player and Dagne Ciuksyte are on 1½ points out of four.