After two rounds (of the scheduled four) Peter Svidler has taken complete control of the Final of the World Cup in Baku.   He won both games, largely due to blunders by his opponent Sergei Karjakin.

The second game today, with Svidler playing Black, reached the following position with White to play: 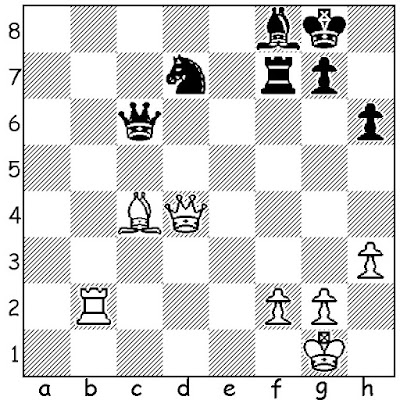 Svidler needs only a draw from the last two games to win the tournament.   The consolation for Karjakin is that as a finalist in the World Cup, he has qualified for the Candidates, taking place in March next year.