The position below is a variation of last Wednesday’s Suffolk League Division 1 game between Mark Le-Vine (White) and Adam Taylor (Black, to play).   In fact, Mark had just played Kg2-g1, but could have played Kg2-h3, creating this position: 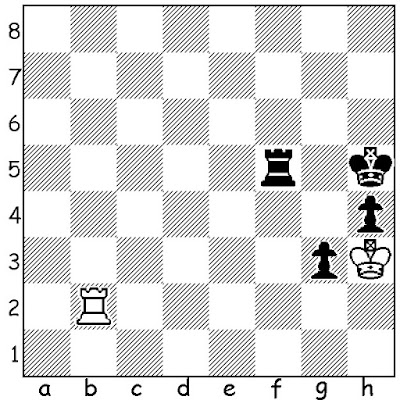 Could you win, as Black, from here?   Without using an endgame tablebase, see if you can.

Analysing the game the following evening at the Bury St Edmunds club, Mark thought that …Rf1 should win.   But the tablebase disagrees; it’s a draw.

In fact there are two moves that will win, with best play, in 38 moves!.   If you’re stuck, go to the Nalimov Tablebase and enter the position.