Bury St Edmunds’ Chas Szentmihaly (pictured left), who is well into his 80s, is still capable of some fine chess.   Playing in a recent Suffolk League Under 125 Cup match against Saxmundham’s Andrew Paige, the position below was reached with Chas (Black, to move).   A pawn ahead, with major pieces threatening, Chas is already winning.   He now produces an attractive finish: 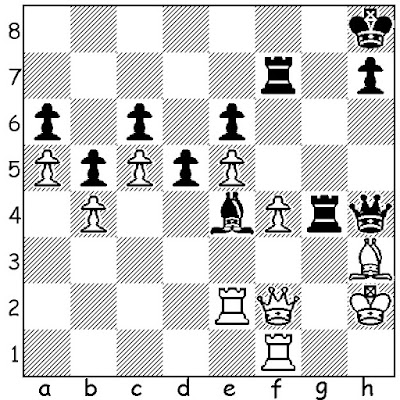 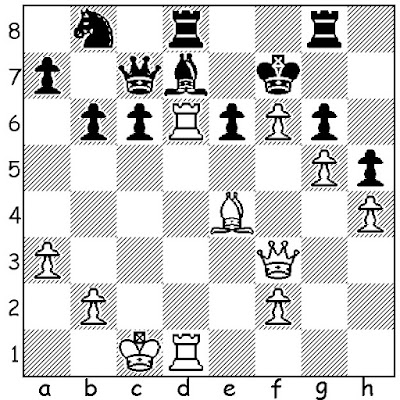