The ability to spot an opponent’s weak move is one of the most important facets of the game.   The game may be level, but when your opponent slips up, it’s essential that you capitalise on his mistake immediately.

Chris Davison, who plays for Bury St Edmunds B in the Suffolk League Division 1, travelled to Golders Green for one of their Rapidplay tournaments at the weekend.   Seeded ninth of the 22 entrants, Chris scored 4½/6 to finish in second place.   Two of his wins, both against higher-rated players, demonstrated his ability to make the most of his opponents’ poor moves.

Playing White against 2136-rated Subramanian Aravind, this was the position after Black’s 29… Bg7: 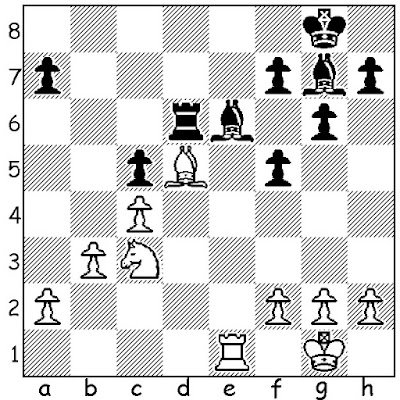 In the second game Chris was Black against the experienced Michael Healey (2213).   This was the position after Chris had played 28… Qd2 (note the board is reversed): 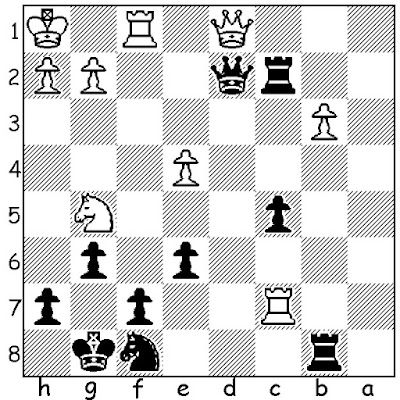